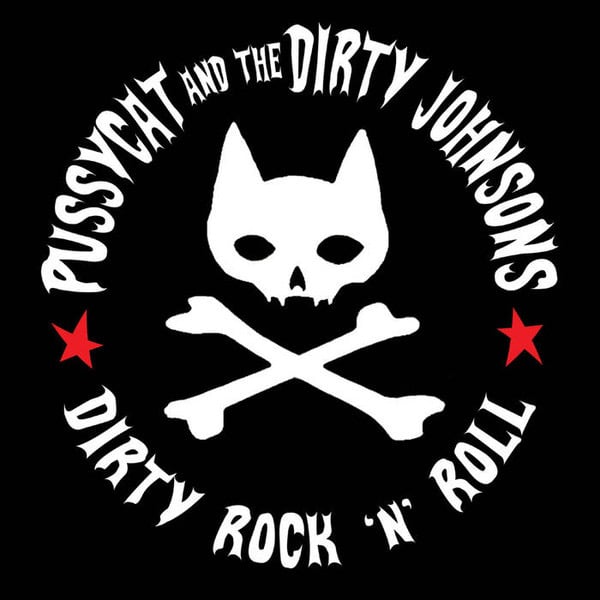 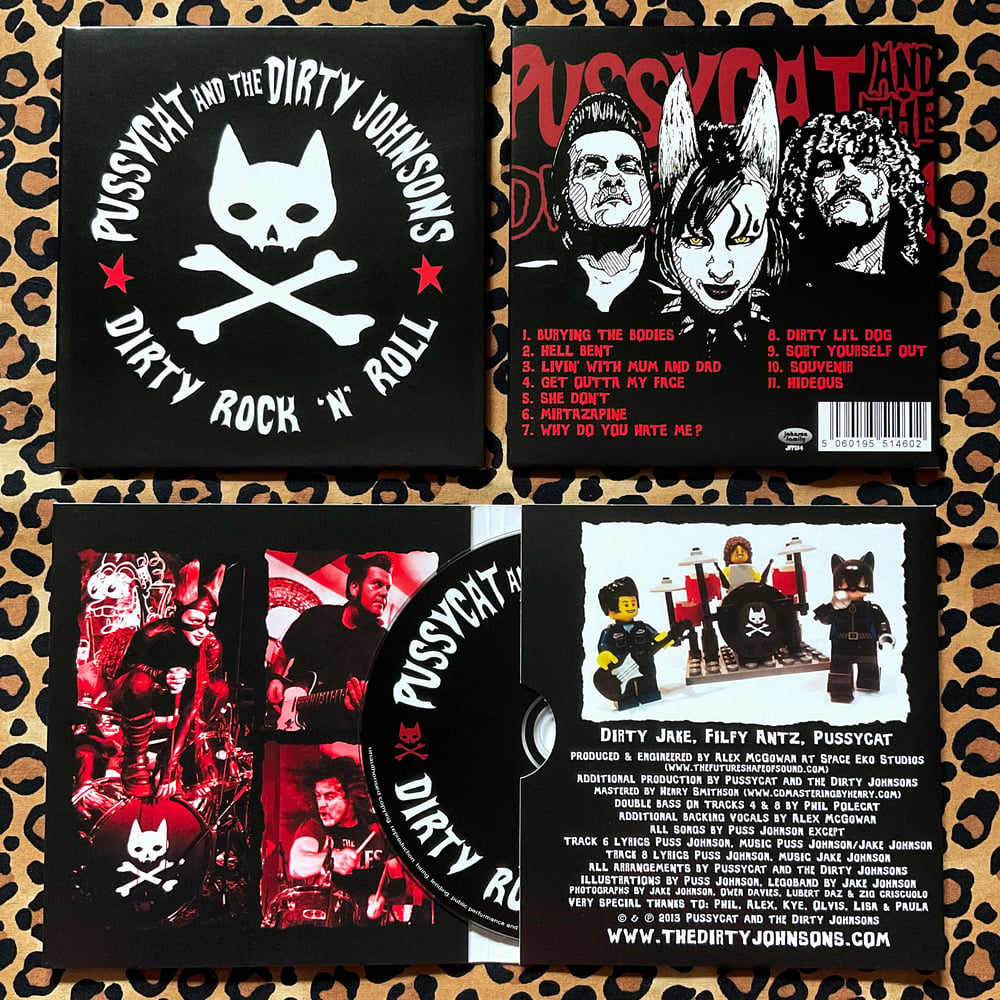 RECORDED AT THE ORIGINAL SPACE EKO STUDIO IN FULHAM WITH ALEX MCGOWAN AND FEATURING SPECIAL GUEST PHIL POLECAT PLAYING DOUBLE BASS ON A COUPLE OF TRACKS!

"This is a magnificent, homegrown UK punk rock’n’roll album. Beg, borrow, steal or buy it." - LOUDER THAN WAR

"Two years ago, Pussycat and the Dirty Johnsons' debut seemed to come from nowhere in an explosive burst of punk'n'roll. So, how to follow such an impressive start? By taking the elements that made 'Exercise Your Demons' a winner and improving on them, of course. They've also slimmed down to a trio by losing their bassist, although they have, however, enlisted Phil Polecat top play double bass on a couple of numbers. The twisted humour's still abundant, albeit a tad darker. 'Burying The Bodies', 'Hell Bent' and 'Souvenir' cast Puss in the role of deranged serial killer and should appeal to the psychobilly element of their fanbase. The coup de grâce though is 'Hideous', a witty savaging of those orange-skinned harpies that plague UK cities every weekend night." - 9/10 VIVE LE ROCK

"The initial impression that I thought I would find through the sounds of Dirty Rock ‘n’ Roll was those that are wrapped in the savage nature of blues driven garage rock. This is not quite the case with this album. Pussycat and The Dirty Johnsons seem to run with their own sound that proceeds to throw down with a fast punk attitude and a distinctly contemporary rockabilly-style.

Mind you, this is a somewhat foreboding noise that drifts through my speakers with certain ferocity. Pussycat and the Dirty Johnsons are fun, easy to digest and certainly not stuff for the kiddies. Their music invokes the rough nature of the urban environment. The sound here is a progression of barbed wire rock n’ roll standing against the organic sounds of the past by evoking a modern feel. To get the idea of this I would urge the top tracks for consideration to include “Burying The Bodies,” the hilarious and aptly appropriate for millennials “Livin’ With Mum And Dad” and edgy Cramps-esque “Mirtazapine.”

After this initial impression it should be clear that Pussycat and the Dirty Johnsons’ Dirty Rock ‘n’ Roll clearly deliver something solid and chaotic. It’s not for the faint, but it is easily accessible. If one were to drop the needle on Dirty Rock ‘n’ Roll they would find it is a sound that is consistent. So, pick it up and play it loud." HEATWAVE

"Featuring eleven tracks spun from attitude loaded threads of everything from punk, garage rock, glam, psychobilly, garage punk and any other form of rock ‘n’ roll you wish to offer, Dirty Rock ‘n’ Roll is an explosive riot for senses and body alike. Produced by Alex McGowan and featuring guest double-bassist Phil Bloomberg of The Polecats on a couple of tracks, the album instantly prowls the listener as opener Burying The Bodies settles in to place, once set continuing to stalk but with an infectious swagger led by the biting beats of Antz. Straight away there is an obvious devilment in the band’s sound and the lusty roar shared by Pussycat, her presence and delivery a snarling seducing. With big hooks and winding grooves, the slab of predacious rock ‘n’ roll is an irresistible start to a release proving to be unrelenting in its fiery creative and aggressive incitement." THE RINGMASTER REVIEW